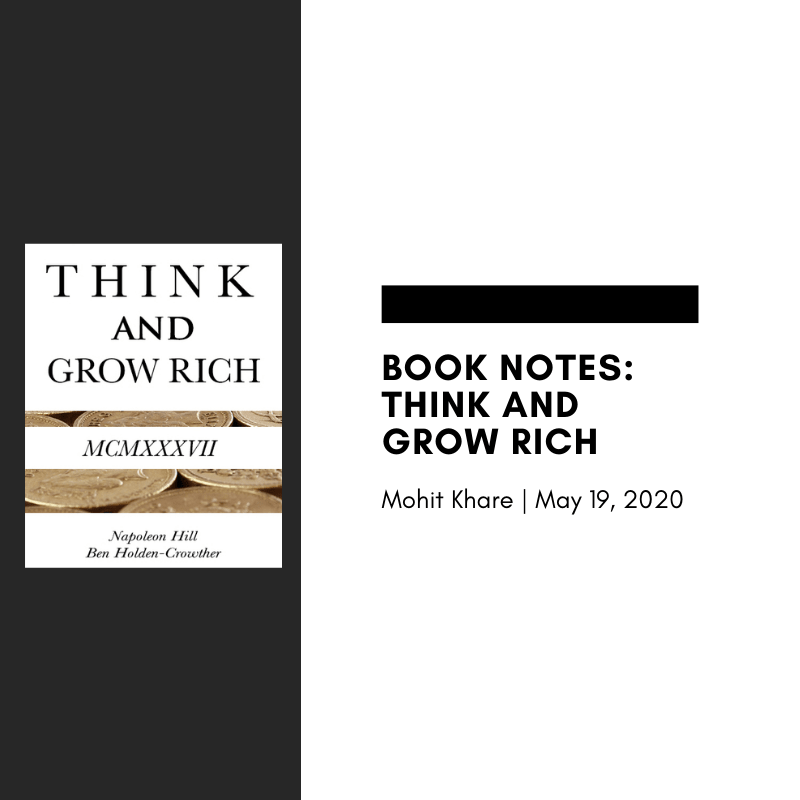 These are highlights/notes from book “Think and Grow Rich” by Napoleon Hill and Ben Holden-Crowther.

These are personal notes, would recommend reading the book, but in case you are short on time - just skim through these notes 😊

The book focuses on it’s title from the start, explaining and building up a process to be RICH. I have jotted down key takeaways in form of lists.

Thanks to the authors for such an awesome book! Let’s dive in -

Chapter 10 - Power of the Master Mind

Life is a checkerboard, player opposite to you is TIME. If you hesitate, men will be wiped off the board by TIME. Indecision will not be tolerated.